Why More and More Mainstream Musicians Are Composing Scores for Dance

Balanchine and Stravinsky. Cunningham and Cage. Graham and Copland. Twentieth-century dance was dotted with memorable partnerships between musicians and choreographers that wrought magical, full-bodied, brilliant works.

Today’s composer-dancemaker duos, though, have gone in a decidedly different direction. In ever-growing numbers, mainstream musicians are this century’s dance collaborators. Sufjan Stevens has aligned himself with New York City Ballet’s Justin Peck; Bon Iver’s brought his signature indie folk to Minnesota contemporary troupe TU Dance; and even Sia’s getting in on the act, working with Akram Khan on a dance theater piece premiering this summer.

What is it that’s drawing pop artists to the dance floor? 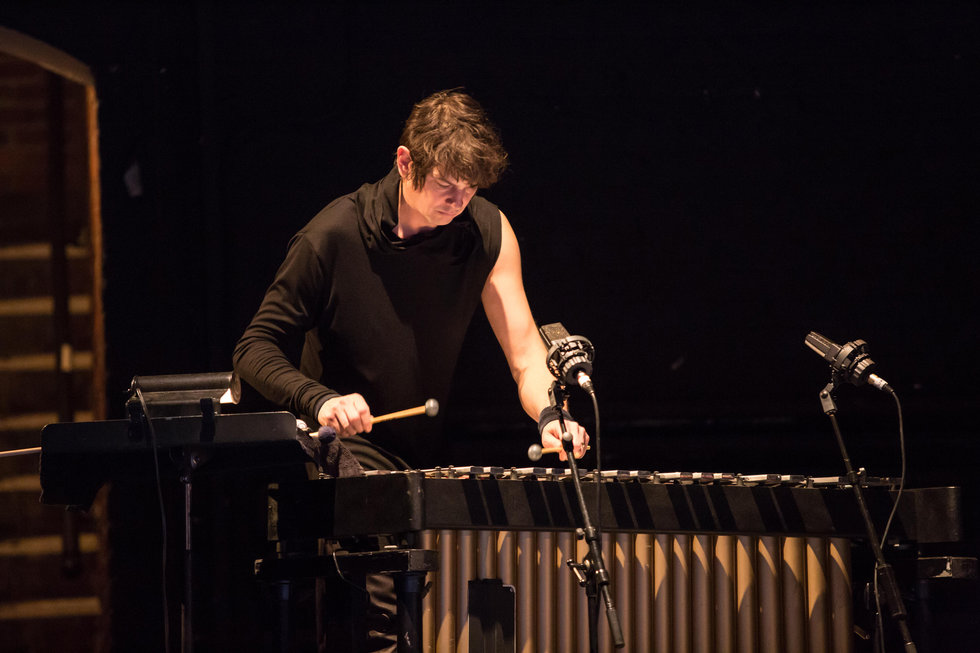 Glenn Kotche didn’t just compose the score for Danielle Agami’s calling glenn—he also performs it live with the Ate9 dancers, playing drums, viola and even the glockenspiel onstage. But he doesn’t think it’s actually much of a stretch for him. “As a drummer, my whole life has been about sound and motion,” says Kotche. “It’s such a physical action just to make a sound on my instrument. When all four of my limbs are moving at the same time, it’s very similar to dance, in a way.”

That doesn’t mean he wasn’t surprised by the dancers’ intensity in rehearsal. “They are full-on physical, falling on the floor,” he says. “In a rock band setting, rehearsals are where I block out ideas, get it in place, figure it out and save the performance for the show, when I can really exhaust everything.” Now, as an integral part of the performance, Kotche understands why the dancers give so much: It’s about consistency. “With Wilco,” he says, “I like to switch stuff up onstage as much as possible—we’ve played some songs a few hundred times. But with this, the dancers rely on certain cues and such a regimented, steady beat, because they can get hurt, if not.”

He’s settled comfortably into the back-and-forth collaborative process he’s found with Agami. Initially, “it was a lot of me sending her music, her choosing bits of it and asking, ‘Can you make something like this?’ ” he says. When writing music for non-dance projects, it’s more often “I write it, and that’s it,” says Kotche. “With Danielle, it’s always evolving.”